← more from
NNA Tapes
Get fresh music recommendations delivered to your inbox every Friday.
We've updated our Terms of Use. You can review the changes here. 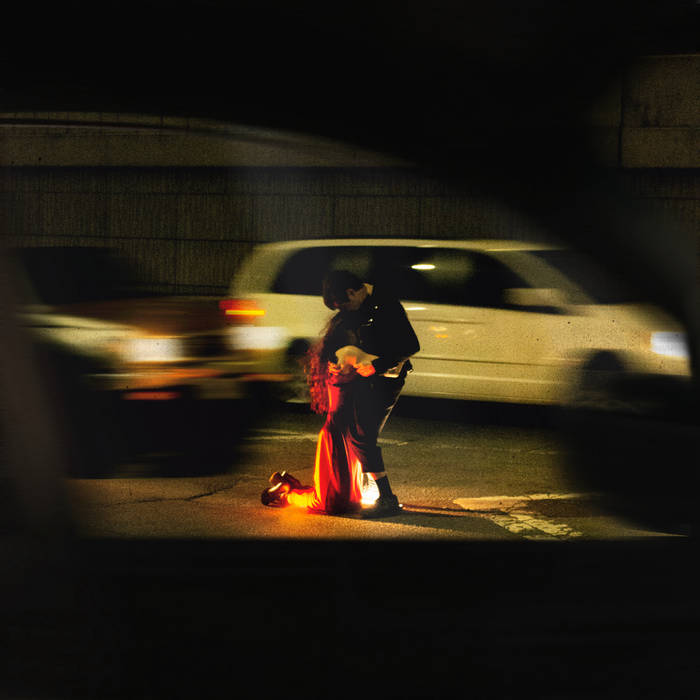 apocryphon_mm I'm so greatful I discovered your music..
as a producer myself, it is exactly the kind of sound I lean towards. the vastness and diversity in the soundscapes are just so euphoric and uplifting. thank you for giving us this masterpiece 🙏❤️

Heaven Come Crashing, the sophomore electronic full-length from Brooklyn-based composer and producer Rachika Nayar, finds the protean guitarist and producer pivoting from the ghostly netherworlds of her debut into vivid, fluorescent, cinematic maximalism.

On Our Hands Against the Dusk, Nayar used her guitar as the primary source for sound design, mutating the instrument beyond recognition through layers of digital processing. Soon after, the album’s companion EP, fragments, demonstrated the types of raw guitar-playing that would be transfigured into those grander compositions—miniature genre sketches that touched upon everything from post-rock to Midwestern emo. With these two 2021 releases, Rachika resculpted the limits of both guitar and electronic music, placing her at the forefront of various contemporary music scenes in her current home of New York City and more broadly amongst the likes of Fennesz, Julianna Barwick, and Tim Hecker.

Heaven Come Crashing retains Nayar’s mangled guitar stylings but expands the color palette by looking not so much to the fretboard, as to the dance floor and the silver screen. Influences enter into the frame ranging from ’90s trance, to early M83, to Yoko Kanno anime soundtracks. With its M1 piano stabs, supersaws, and glimpses of Amen breaks, the album charts a luminescent space between 5 a.m. warehouse raves and the urban freeways of its cover image—romantic, nocturnal, and reckless in its velocity and emotional abandon.

On the topic, Nayar says: “I both love and feel so wary of melodrama, because its entire premise is to be uncritical. Taking your most massive emotions at face-value feels so fraught when they partly originate with structures you can’t control, with structures you maybe even feel at war with.”

Within this conflicted relationship to its own theatrics, the album wages a battle between surrendering to desire and incinerating it. Heaven Come Crashing invites the listener to revel within fantasy, before helping light the match to burn it down—one final embrace in the dream world before it shatters to pieces

“Fantasy is scenario, but a scenario in bits and pieces—always very brief, just a glimmer of the narrative of desire. What’s glimpsed is very sharply contoured, very brightly lit, but all of a sudden it’s gone: a body I catch sight of in a car as it goes round a bend, before it plunges into the shadows“ — Barthes, How To Live Together

"Our Wretched Fate"
Vocals by maria bc
Mastered by Chris Weiss

Album cover by Yulissa Benitez and Rachika Nayar; special thanks to my tranny daughters Issei and Chong for embracing on the highway median

Bandcamp Daily  your guide to the world of Bandcamp

Frayle's Gwyn Strang and Sean Bilovecky join the show to talk about their cathartic new album.